The gates, overthrow, pillars and side panels were in a poor state of repair and had been subjected to a number of poor restoration attempts in the past.

There was also evidence of major alterations to the structure due to a change of location and a lifting of the overthrow to allow access to high vehicles (something that would not have been required when horses and carriages were the only users). 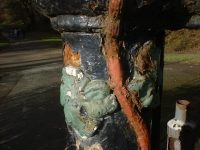 All new components were made from new pure iron to distinguish them from the originals and avoid any confusion for future restorers.  Some very poorly made replacement leaves formed from copper sheet had been added, probably in the mid twentieth century and so these were removed and replaced with pure iron leaves.  Many layers of paint applied over the years had obscured much of the intricate detail particularly on the columns. 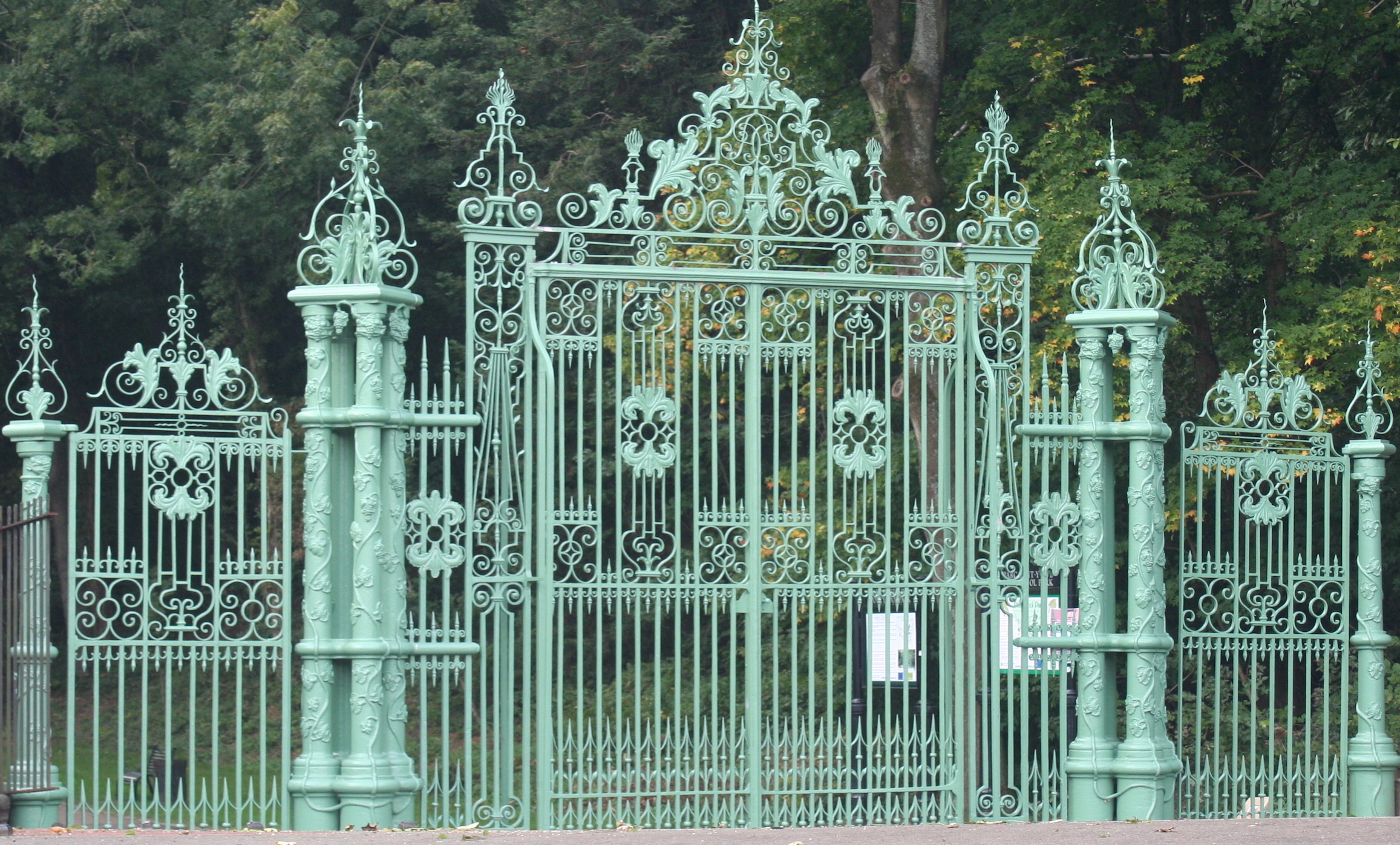 The colour today is unusual but is as far as can be ascertained from examination of the paint layers, the original colour.  The gates, having been heightened, do not display the same proportions as those intended by the original designer but this does not detract from the overall splendour of this magnificent example of heritage ironwork.

Back to Restoration Projects