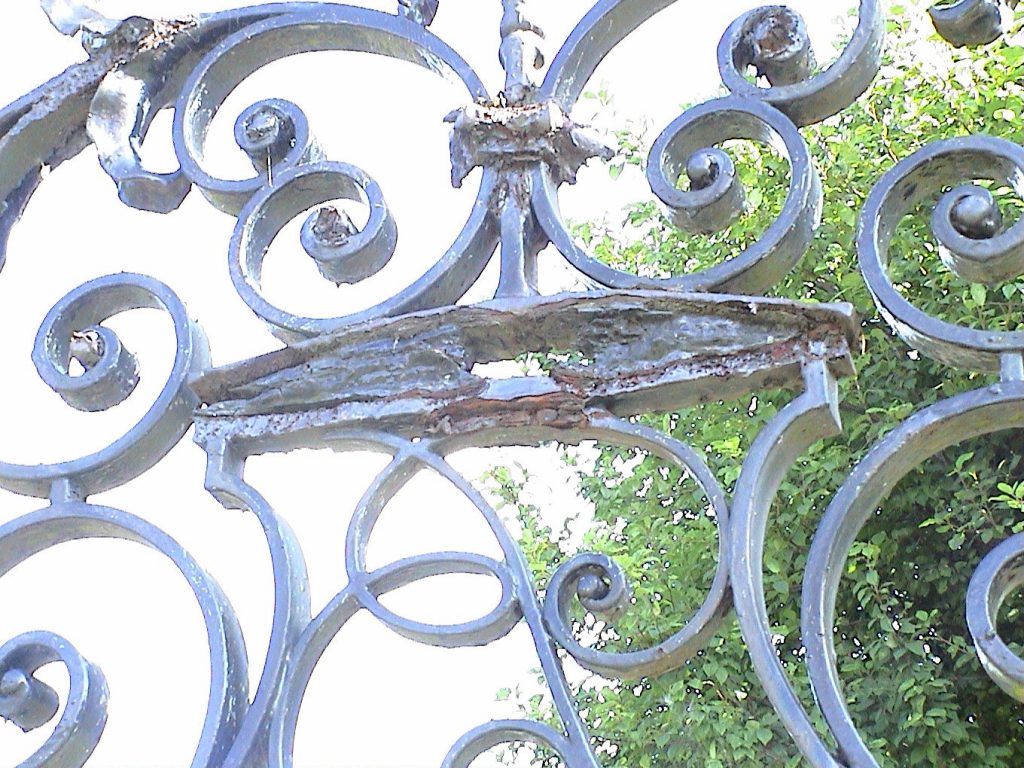 The wrought iron scrollwork on this overthrow has “jacked” due to pressure from the horizontal bar which has expanded with rust.  Moisture has entered between the laminations in the wrought iron by capillary action forming multiple layers of rust.

This process is inevitable in a laminated material and would not have occurred with mild steel or pure iron which are homogeneous meaning they cannot delaminate. 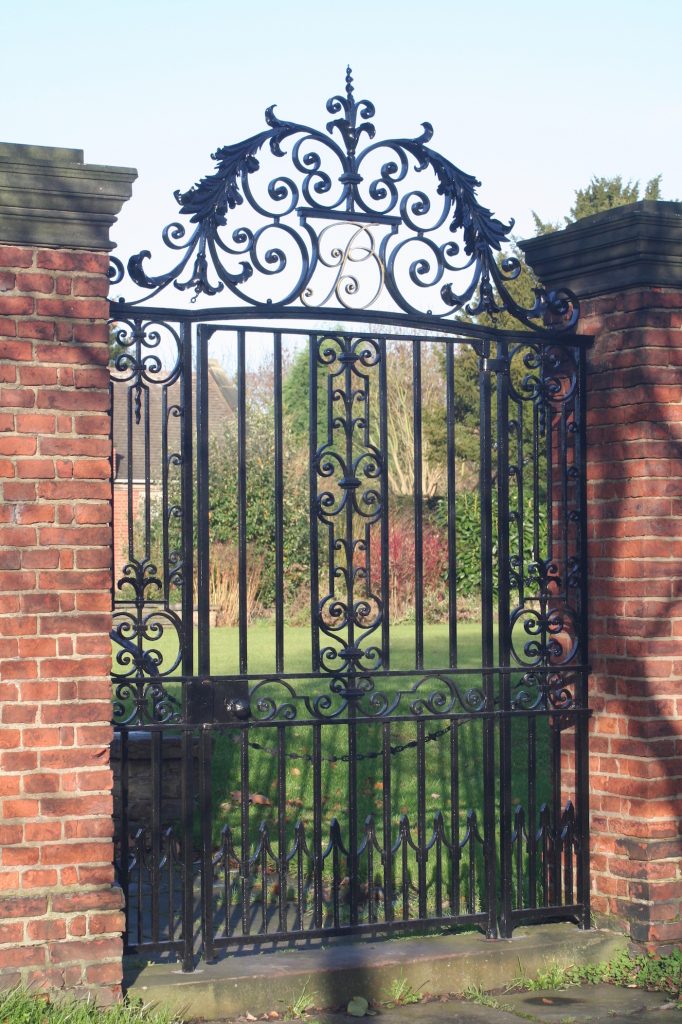 This ironwork is only eighty years old and belies the often heard claims that wrought iron does not rust. The wrought iron collar holding the scrolls is also heavily corroded and no longer functional.  After a full programme of restoration the gates and overthrow were returned to their former glory. 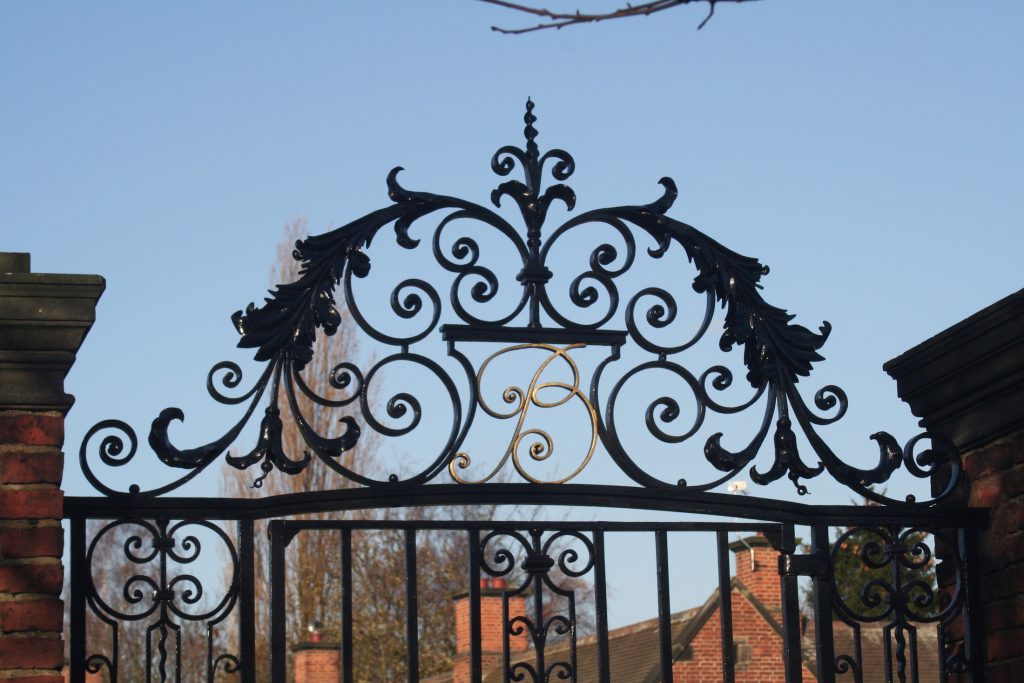